One awareness I carried into the reading was that during the first centuries of Christianity, Jesus was not universally defined as God incarnate. That point became a requisite point of faith in the creed adopted at the Nicene Council in 325 CE and led to the excommunication of perhaps half of the worldwide church. The conflict and its consequences are detailed in Richard E. Rubenstein’s When Jesus Became God: The Struggle to Define Christianity During the Last Days of Rome.

Even though the books of the New Testament were written long before that council, none have survived in their original language or earliest translations. Whether they were written in Greek, as is almost universally accepted, or in Aramaic, what we have is by way of the Latin translation by Jerome — the Vulgate Bible, completed in 405 CE.

Jerome was tasked with more than merely translating into Latin. He apparently rewrote, “corrected,” and outright censored passages.

As Robert Eisenman explains in James the Brother of Jesus: “To show that it is not simply the modern reader who might have difficulty with these passages, one has only to look at the extant correspondence between Jerome and Augustine … in the early 400s CE. Augustine, who is a younger teacher, queries the older and respected scholar Jerome, who has spent much of his adult life inspecting and collecting biblical manuscripts in Bethlehem in Palestine. …

“At first Augustine could get not satisfactory response from the older scholar. Finally, Jerome, long-suffering, does answer him, asking him ‘not to challenge an old man … who asks only to remain silent,” and basically counseling him not to trouble himself over problems that were divisive and could not be solved in any case.” 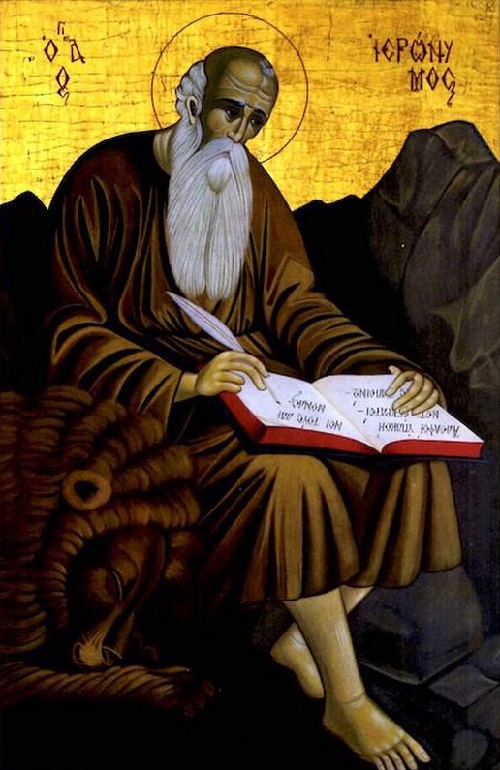 Quite simply, to be considered the more authoritative versions, our Greek and Aramaic New Testaments would have crucial points of conflict with the Vulgate. Otherwise, they are back translations from the Latin, a language not known for its philosophical nuance.

Further complications can be seen in considering the dates of composition for the New Testament manuscripts.

The epistles of Paul are commonly assumed to have been written earlier than the gospels. Since he was executed in 67 CE, they would predate the destruction of the Second Temple. Current scholarship, however, contends that many of the letters were written much latter and not by him.

The four canonic gospels are even more debated. In Jesus, Interrupted: Revealing the Hidden Contradictions in the Bible (and Why We Don’t Know About Them), Bart D. Ehrman explains, “For over a century there has been a broad consensus among scholars that many of the books of the New Testament were not written by the people whose names are attached to them. So if that’s the case, who did write them?”

After considering ways eyewitness accounts can and do differ, Ehrman continues, “A further reality is that all the Gospels were written anonymously, and none of the writers claims to be an eyewitness. … Whoever wrote Matthew did not call it ‘The Gospel according to Matthew.’ … Authors never title their books ‘according to.'”

He points out that Matthew is written in the third-person, unlike an eyewitness account. At the end of John the author distances himself from the Beloved Disciple and says, “We know that his testimony is true.”

The question of just when they were written acknowledges the distance between the lifetime of Jesus and the memories of those constructing his story. How contemporaneous are the authors’ sources? How much was oral and how much in written form? And what was their purpose in recording what they did?

For perspective, here’s a timeline.

Another point to note in the date of their composition is whether they were composed before or after the Great Revolt beginning in 66 CE and culminating in the siege of Jerusalem and the destruction of the city and the Second Temple in September of 70 CE, an event that was traumatic for Judaism in general and pivotal in the emerging direction of the Christian movement.

Additional dates that may prove helpful in placing the shaping of the New Testament:

This puts the deaths of James, Jude, Simeon Peter, and Paul all before the fall of Jerusalem and the destruction of the Temple.

I would add to the timeline the dates for Jerome (347-420 CE; son of Eusebius), translator and editor of the Vulgate Bible in Latin, the basis of the New Testament as we know it. He was a contemporary of Augustine (354-430 CE), who recast the path of Christianity.

The point of my straight-through reading, however, remained one of looking at the big picture rather than the minutia.

This site uses Akismet to reduce spam. Learn how your comment data is processed.

These posts are personal reflections drawn from spiritual practice as a Quaker, a member of the Religious Society of Friends. My hope is that they will help you deepen your own faith, in the richness of your own chosen pathway.